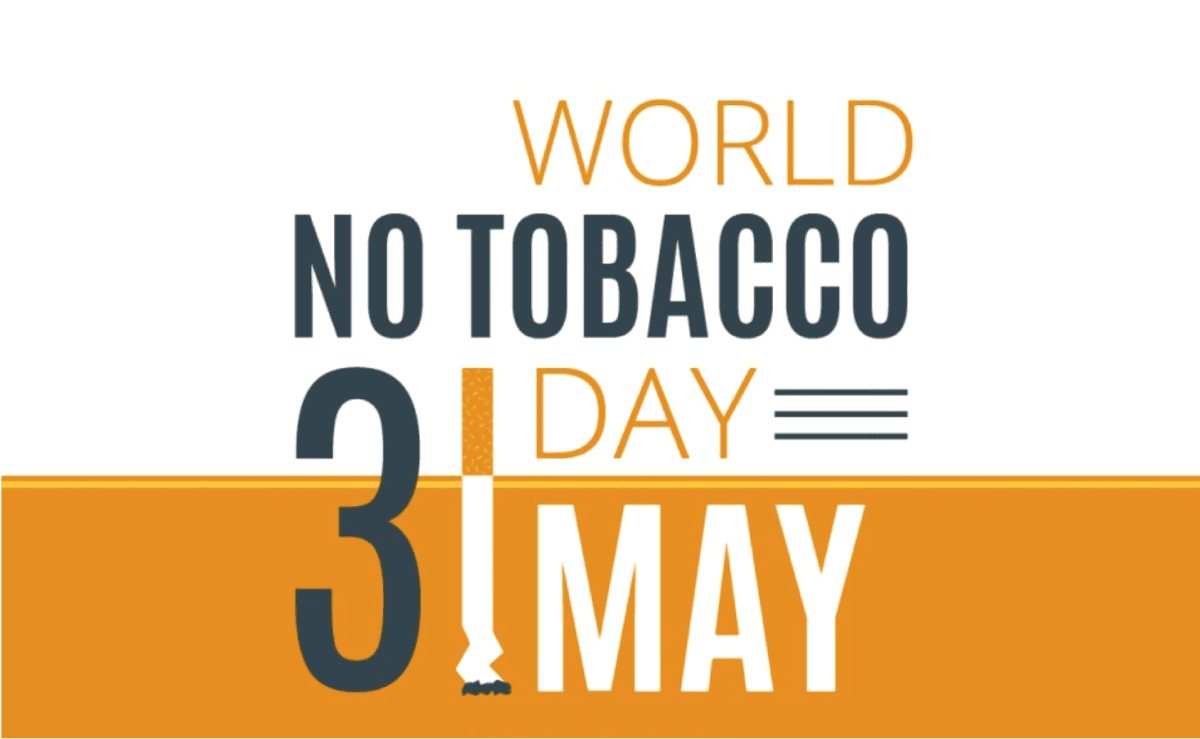 Say no to Tobacco – on World No Tobacco Day 31 May

Tobacco is the largest enemy of public health today. The effects of tobacco use, as we all know, are destructive and widespread.

Not many know that tobacco is one of the primary reasons of cancer and heart attacks. Many youngsters, in both cities and rural areas, are getting addicted to tobacco use in various forms, which, in the long run, can have an adverse effect on health and life of the people.

According to a recent study conducted by the American Cancer Society, almost 30 per cent of the Indian population, in the age group of 15 years and above, use some form of tobacco. While the early forms of tobacco contain chewing tobacco leaves, ghutka and beedis, cigarettes, cigars, chillum and hookahs are equally common, especially in the urban areas.

According to the World Health Organization (WHO), tobacco kills more than seven million people each year. Over six million deaths are a result of direct consumption, whereas 890 000 are the result of passive smoking. Nearly 100 million premature deaths have been recorded in the 20th century and the figure is set to rise to one billion by the 21st century.

Smoking kills over one million people in India annually and is the fourth leading reason of non-communicable diseases (NCD), such as cancer and heart diseases, which account for 53 percent of all deaths in India.

You may think smoking will help you relax or make you look cool. What it actually will do is make it harder for you to exercise, stain your teeth, and mess up your health. Even if you know all that, though, it can be hard to say “no” to cigarettes, especially if a friend asks you. Well, ask your friend to be a good friend.

Smoking not only puts the active smoker in the danger zone of diseases but envelopes the innocent passive smokers too into its fold. It has been scientifically proven that smoking reasons cancer and a host of other diseases like emphysema, bronchitis, chronic obstructive pulmonary disease, and coronary artery disease, liver cancer, and prostate cancer, erectile dysfunction in men, stomach cancer, bladder and kidney cancer, acute myeloid leukemia, cataract, cervical cancer, kidney cancer, pancreatic cancer, periodontitis, pneumonia, oral, buccal, laryngopharyngeal and lung cancer, but somehow even this formidable list does not act as a deterrent for addicted smokers to quit smoking.